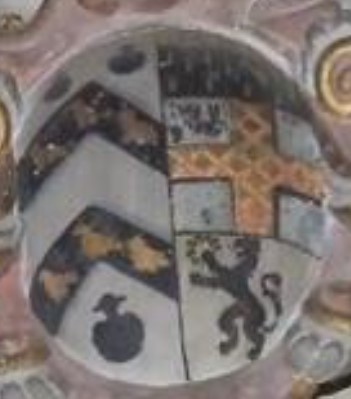 An Armory of the West Country

Heraldry of the counties of Cornwall, Devon, Somerset and Dorset: containing about 14,000 descriptions of  coats of arms and over 5,000 illustrations;
compiled by Jeremy Fox

The Armory is a work in progress.  The list is expanding, and occasionally being corrected, so it is advisable to keep a link to this page, rather than to download the .pdf file.

This Western armory is mainly a compilation of the heraldic information from a number of sixteenth, seventeenth and nineteenth century descriptions of Devon and Cornwall,  and the heralds’ visitations of Cornwall, Devon, Dorset and Somerset.

The list includes details of sources, names, blazons, places and images.  We think it simple enough, but a few notes may be found here.

Standard sources such as Burke’s “General Armory” or Papworth’s “Ordinary of British Armorials” have been used to provide corroborative information where appropriate.

A list of the sources can be found on The Sources page.

Many of the arms are illustrated either in monochrome or in colour.

Many of the monochrome line illustrations are stolen from Coker’s “Survey of Dorset,” Gilbert’s “Historical Survey of Cornwall” or from Prince’s “Worthies of Devon.”

The livelier line illustrations are taken from the Note Book of Tristram Risdon, “Liber Tristram Risdon.”  Apart from nine included in the text version produced by J. Dallas and H.G. Porter in the 1890s, Risdon’s illustrations have not, as far as we know, been published previously.  Risdon’s original manuscript is kept in the Cathedral Library at Exeter.

Historic tinted or monochrome illustrations have been taken from “A brief collection of armory …” an early seventeenth century manuscript by members of the Pollard family (see here for more information) and from John Hooker’s “Cataloug of Bishops of Devon and Exeter.”  Both of these manuscripts are held in the Library of Exeter Cathedral, and their illustrations, as far as this editor is aware, have not previously been published.

Dallas and Porter acknowledged their debt to the Dean & Chapter of Exeter Cathedral and I can echo their thanks, especially in respect to the library staff through whose friendly assistance illustrations from Risdon, Hooker and the “brief collection of armory” are now included.

Further tinted illustrations have been taken from the “Spoure Book,” a manuscript document compiled at the end of the seventeenth century.  The images were made available by the North Hill Local History Group from a digital copy made by or for a descendant of the Spoures of North Hill in Cornwall.  Further information about North Hill families including the Spoure family and the “Spoure Book” can be found here.  Any images from the manuscript included in the Armory of the West Country or elsewhere on this website are printed with the kind permission of James, Lord Rennell of Rodd.

Tinted illustrations have also been copied from a manuscript designated z34/19/8 and held in the Devon Heritage Centre.  The images from DHC Z19/34/8 included in the Armory of the West Country or elsewhere on this website are reproduced by kind permission of Devon Archives & Local Studies.

The modern colour illustrations have been created by the editor, for the most part, using Inkwell Ideas Coat of Arms Design Studio  or Drawshield, with a bit of help from Paint or Paint 3D.  The latter has been used also to tint monochrome line drawings.

The list includes hundreds of pictures of examples currently to be found in churches etc. of the West Country and elsewhere.  In the main list, the use of ‘$’ preceding a place name indicates that the editors have observed the coat of arms in that place at some time since January 2010.  Unless otherwise stated, the arms in question were seen in or about the parish church.  Every ‘$’ in the list implies an original donor and craftsman, and a long line of people prepared to protect and maintain the arms and the churches or other buildings in which they can still be found.  We applaud and are thankful to those who preserve the coats of arms and keep them accessible.

The list is ordered by family name, (in heraldspeak it is an “armory,” rather than an “ordinary.”)  As a computerised list, however, it is easy enough to search for a coat of arms by description.  The authors whose works have been ransacked to make this armory used varied styles and spellings.  Within this list, the original descriptions have been transcribed, as far as possible, into a common format.

The common format aids computer searching.  It must be noted, however, that the sources may include slightly different information.  A “fish palewise blue” from one author and a “fish hauriant azure” from another will both be described as a “fish hauriant Az” in the Armory.  A “luce hauriant” would remain as such in the list, even though a luce is a kind of fish.  A “fish azure” would be listed separately from a “fish hauriant azure,” even though the sources might have been describing the same coat of arms.  Synonyms (or alternative words close enough in meaning for practical purposes) have been used where appropriate.  Some of these are listed here.

The Armory is a work in progress.  The list is expanding, and occasionally being corrected, so it is better to keep a link to this page, rather than to download the .pdf file.

There is a group of coats of arms labelled as “unnamed.”  These were either described in sources or found in churches without having any attribution to a person or family.  Any information on these would be welcome.

Many of the quartered coats of arms contain quarters for which the editor has not yet found any justifiable attribution.  The editor would welcome any information on these as well.

12 thoughts on “Coats of arms in Cornwall, Devon, Somerset & Dorset”

Beware - looking for coats-of-arms can become a serious addiction. 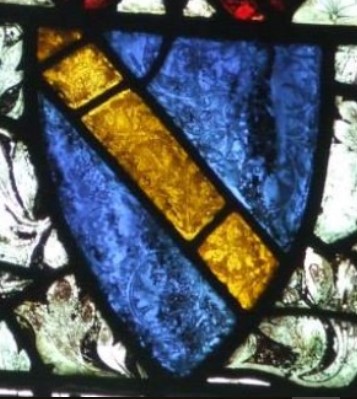